if you don’t believe, nobody else will

With these words, Ron Barassi changed my life.

It was early days for the business and operating an advertising agency during the GFC wasn’t exactly easy. Most companies opted to cut their marketing budgets before cutting staff.
During that time I had a chance meeting with AFL legend Ron Barassi. After talking to Ron about his books, coaching and media career. He asked me what I did and what I was up to. I told him that, I had worked in advertising all of my life and was taught by Australia’s greats. I told him about some of the massive changes going on in the industry and that I still loved it and still really loved creating communications of every form, but pressure was getting the better of me. With things being so tough I was thinking of trying something new.

Ron reached out, put both hands on my shoulders and said:

You have to believe.
If you don’t believe, nobody else will.

These words changed everything. Within weeks we had News Limited on retainer, picked up a great project for BMW, hired a swag of great young creatives and pushed on regardless of what the rest of the world was doing. Believing is the truth behind every success story no matter how big or small.

Walt Disney was fired as a journalist, after being told that he lacked imagination and any good ideas. Walt believed they were wrong and not long after a little mouse called ‘Mickey’ was born.

Elvis was told after one of his first performances that he was ‘Better off returning to Memphis and driving trucks.’ Lucky for us, Elvis believed he had much more in store.

Bill Gates failed at his first business. He believed he could do better and Microsoft was born.

Frank Lloyd Wright believed that creativity has no age limit and created Falling Water when he was 68 and completed designs for the Guggenheim Museum in New York in his 80’s.

Universal and United Artists passed up Star Wars, because they didn’t believe it could make money. George Lucas had other ideas and created one of the most beloved universes in history. In 2012 he sold the Star Wars franchise to the Walt Disney company for just over $US4 Billion.

JK Rolling never stopped believing even after her initial manuscript for Harry Potter was rejected twelve times by different publishers.

Michael Jordon was cut from his high school basketball team. He once said, ‘I have missed over 9,000 shots in my career. I have lost almost 300 games. On 26 occasions I have been entrusted to take the winning shot of the game, and I have missed. I have failed over and over and over again in my life. And that is why I succeed.’

Believing is the drive that allows us to fail and get up feeling stronger and more focused.

It is the seed that has created many of the world’s most loved pieces of imagination and the foundation of many great companies.

It is the passion that creates great concepts.

Believing is also the vision that accepts great ideas that can forge new and exiting paths for great businesses all over the world. 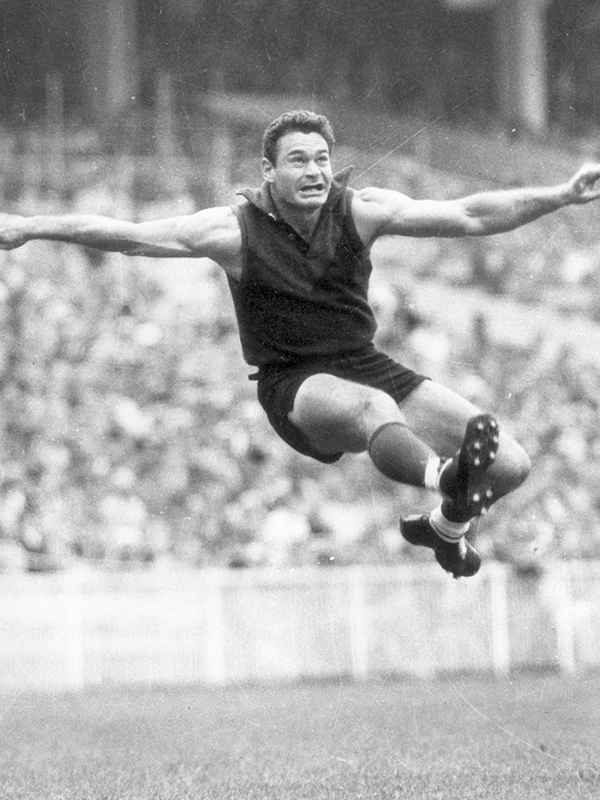 Recent image of Ron by John Donegan for The Age Sport

#EatTogether campaign encourages Canadians to share a meal with someone and create great memories.

I’ve played Playstation since the mid ‘90s, when it was released, and back then there was a super cool game that everyone played.

This latest Nike ad does a great job at congratulating Roger Federer’s on his 8th Wimbledon’s Title.

now I want a stylus

Recently I went to see the just ended David Hockney Exhibition at the NGV.  I love Hockney. He is a great artist of our times, and he has shown just that in his exhibition, named Current.  Current is a great collection, mainly consisting of his digital art, created on his iPhone and iPad. And that’s […]

The Kinfolk magazine and website are amazing. Both are well designed and the content is always interesting. It has beautiful photography.

how to write a great creative brief

Is your agency thinking about you in the shower? From a marketing point of view, your brand is the most precious thing in the world. It defines your business, drives sales and often is the corner stone of your culture. So when you brief your agency, have you ever stopped to think about how you […]

does your creative brief pass the 25-second test?

We all want the best and ideally we’d like it to be that way first time. Truth is it doesn’t always work out that way. First time creative developed for a specific brief might not always crack it in the first instance. Let’s say it’s 90% there, but you’d like and need it to go […]

Inspiration from an unlikely place. Looking at typography in motorsport. When it comes typography, there are so many options, and with too much choice and it can get very messy. Often the classic fonts are the best place to start thanks to their simplicity, but then there’s always a need for some further inspiration and examples. How […]